A victory celebration by Kashmiri Muslims in Srinagar. They held burning torches aloft at the culmination of a 9 day strike in which all schools and businesses shut down, and 6 civilians were killed during protests.
The crisis began in June with a dispute over land near an important Hindu shrine, located in the Muslim majority state of Kashmir. Muslims held protests complaining that a state government plan to transfer 99 acres to a Hindu trust to build facilities for pilgrims near the shrine was actually a settlement plan meant to alter the religious balance in the region. 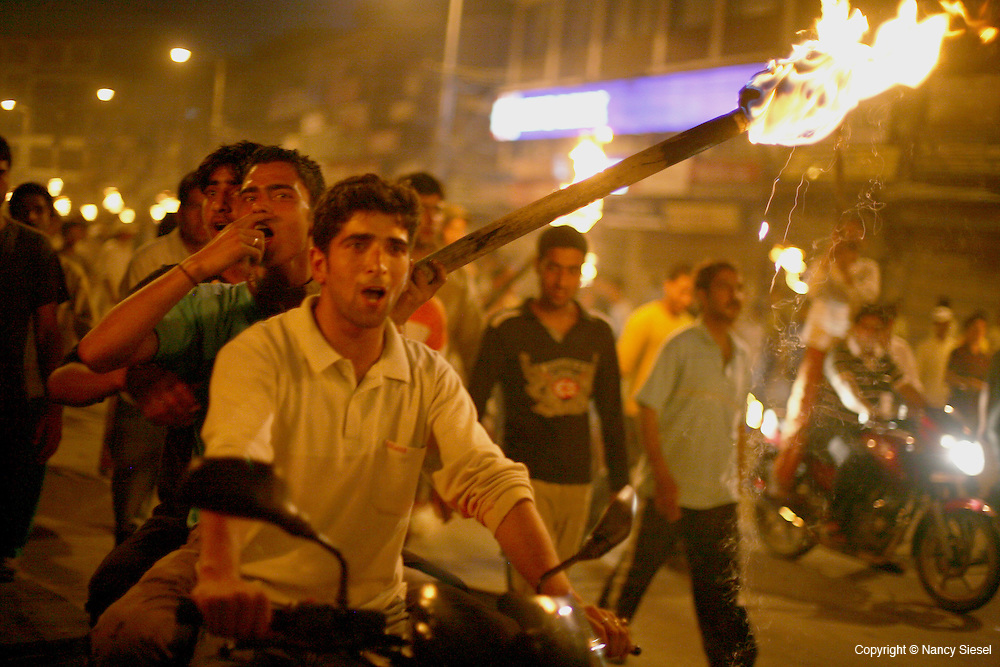